Green Man: Songs for a Play 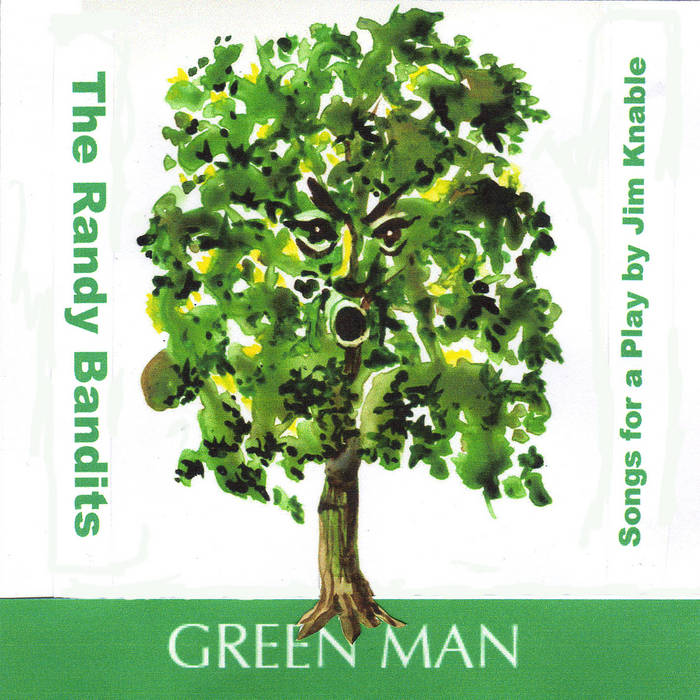 In between The Randy Bandits' albums REDBEARD (2006) and GOLDEN ARROW (2009), Jim Knable convinced his band to start making an acoustic album, beginning with two songs featured in his play GREEN MAN ("In the Garden" and "The Stars") and some other songs like those songs in tone, some of which The Randy Bandits were already playing in concert ("Ain't Got Nobody" and "Made of Stone"). "Story of Your Life"-- already a hit YouTube phenomenon (over 153,000 views and counting)-- joined the mellow party. "Woman Alone in a Graveyard" was Jim's first serious song of any quality, written in college, in a cemetery; and "King Tom's Town" was and is a birthday song for Jim's wife. After recording an initial batch of songs with Bandit buddy and sound engineer Stacey Wong (who has a cameo french horn appearance on "The Stars"), the project waited another year and then brought "Story of Your Life" (folk band version) and "Boy in a War" along for the ride, by this time having lost Stephen Aleman to Nashville and having gained Jay Buchanan on bass (which allowed Chris Q. Murphy to move to guitar for Golden Arrow).

But The Randy Bandits never released Green Man as an album. Why? The simple answer: Golden Arrow was brewing by then and the shows the band was doing were hardly subdued affairs. And so, except for being used for some readings and a production of the play with the same name, Green Man the album lay unfinished and unreleased. Until Now. Here it is, finding its rightful place between the eclectic panorama of Redbeard and the roots-rocking Americana of Golden Arrow, showcasing the sensitive side of The Randy Bandits and a different kind of songwriting from Jim Knable.