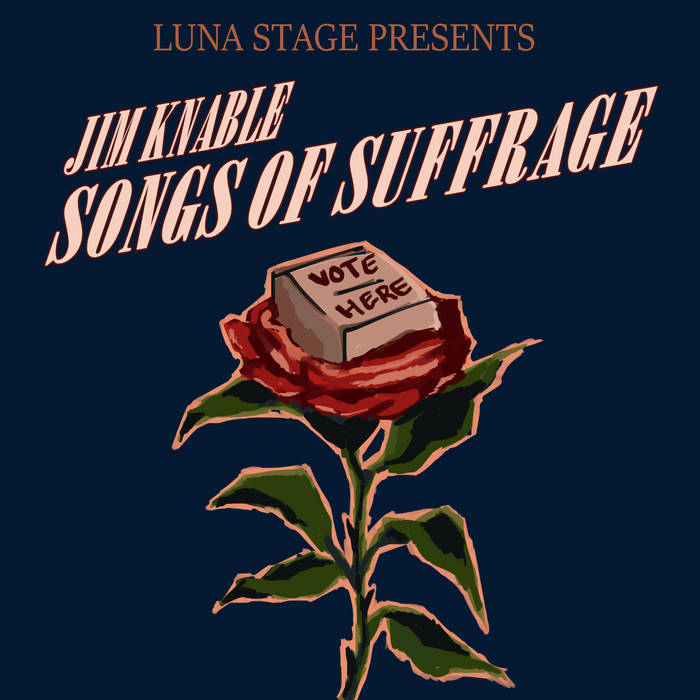 All songs on this album were written by Jim Knable in July and August, 2020 and recorded in August and September of 2020 by Jim Knable and Jay Buchanan. Songs were released one a week from September 15-October 27 leading up to the November 2020 presidential election through Luna Stage in a weekly streaming live broadcast featuring discussion of voting and other civic issues with special guests, hosted by Jim Knable

SONGS OF SUFFRAGE was a production of the Luna Stage's and The Andrew Goodman Foundation's Voting Writes Project. Songs of Suffrage is supported in part by Stages Online, a partnership with New Jersey Theatre Alliance to bring theatre content into homes during the COVID-19 pandemic. www.njtheatrealliance.org

Stages Online is made possible by generous funding from the New Jersey State Council on the Arts, a Partner Agency of the National Endowment for the Arts, Bank of America,The Horizon Foundation for New Jersey, OceanFirst Foundation; the George A. Ohl, Jr. Trust; New Jersey Historical Commission; and Fund for the New Jersey Blind.